There’s nothing quite like the feeling you get after a shave. The soft, smooth skin that was hiding under that layer of manly stubble or handsome beard has been revealed, and although your face is now smoother than a baby’s bottom, you need to protect it.

Using a bit of aftershave on your face will not only protect new layer of skin cells you just exposed, but it will also make you smell pretty darn good.

Below, we’ll help you find the best bay rum aftershave as we compare and contrast the top brands.

You don’t have to be a sailor in the Caribbean Islands or a barbershop pro to use one of the oldest aftershave scents out there. Look and smell good enough to eat by getting one of the bottles below to store right in your own bathroom!

Everyone has their own preferences when it comes to aftershaves, but do you know the benefits of using each type of aftershave?

We’ll break it down for you:

In this case, a balm will soothe and moisturize your delicate skin. Balms don’t contain any alcohol, so if you’re worried about burning and irritating your skin or if you normally have dry skin, then a balm is a great choice for you.

The scent is usually stronger, which some men like, and it helps them avoid using a cologne.

We have both balm/lotion and splash suggestions below to help you find the one that’s right for you.

Try It on Your Skin

It seems that many guys will say “no” to an aftershave after only one whiff, and unfortunately, this could mean that they are missing out on some pretty great brands!

As with any perfume, cologne or eau de toilette, the way it reacts with your body and how it smells on you will be different from what you smell directly from the bottle.

Bay rum is a timeless scent that has lasted for centuries, with a prominent hints of clove, bay leaves and of course, rum. 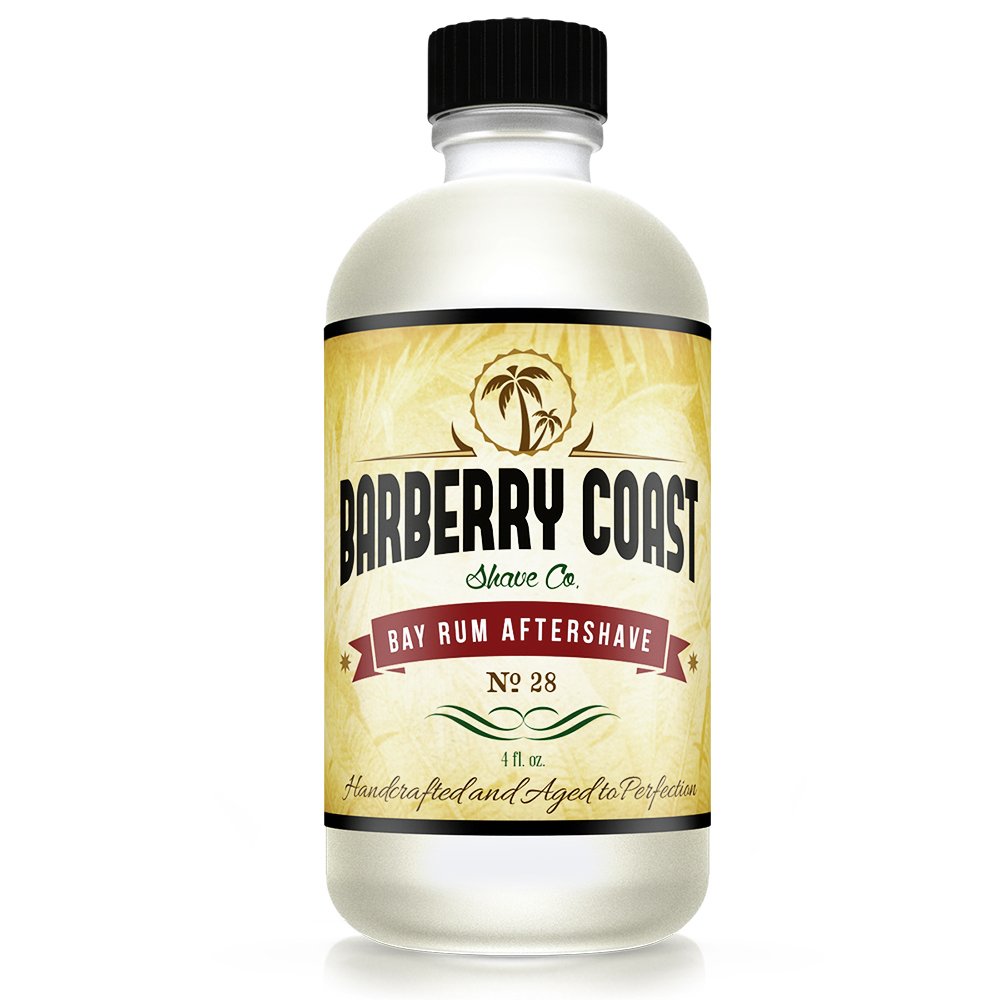 If you want a quality aftershave, then you must go all natural.

The Barberry Coast Bay Rum formula is an excellent choice due to the natural, chemical-free ingredients used to make the aftershave.

It contains a mixture of exotic spices, citrus, essential oils and extracts, as well as essence of bay leaves from the West Indian Islands.

Gentlemen (and ladies) seem to flock to this brand not only for the natural ingredients use, but also the balanced smell. The classic scent of bay leaves and cloves harmonizes with the soft scent of vanilla and citrus.

If you haven’ yet tried it, we highly recommend that you do so. Find out why so many others consider it the best bay rum aftershave on the market today!

They also make the same formula in a balm if you’re not interested in the splash.

For a more classic smell from days gone by, you might try the Ogallala Bay Rum aftershave.

This unique blend of natural oils and spices smells like the old-time aftershave that the cowboys used after days and weeks out on the trail. Just as the product’s label describes, after a bath and a shave came a splash of some bay rum!

Remember that the liquids and oils separate in the bottle, so you need to shake well before using it.

Another brand t worth a try is Clubman Pinaud’s Bay Rum blend.

The scent is spicy, with strong hints of cinnamon and ginger, which may be a bit strong for some and perfect for others.

This particular brand doesn’t have a long-lasting scent, but it’s a great way to introduce yourself to the bay rum fragrance if you haven’t ever tried it before.